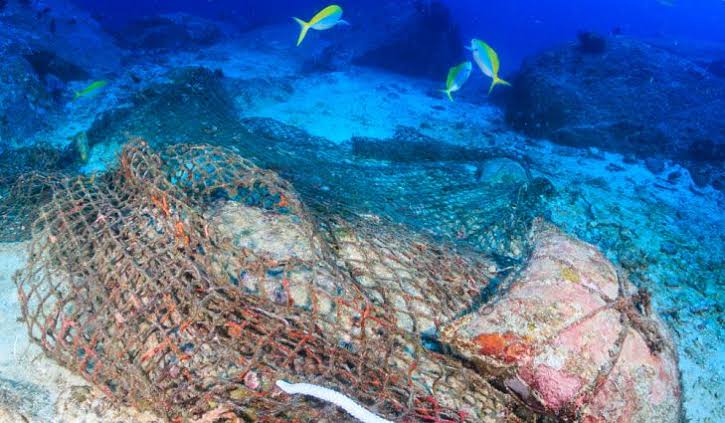 Already faced with the menace of over-fishing off its shores, the phenomenon of ”ghost-fishing” appears to be taking a toll on several endangered marine species including turtles, dolphins and even sea snakes.

Ghost nets are fishing nets discarded by fishermen at sea after they develop holes or snags and are no longer useful for fishing purposes. However, useless as they may be for fishermen, once discarded in the sea, the nets are virtual death traps for marine life as sea animals get entangled in them and are unable to break free of the strong plastic mesh, which eventually leads to their death.

Over the years, fisherfolk as well as lifeguards in several areas along Goa”s coastline have rescued animals trapped in ghost nets, including turtles and dolphins, which were caught in the mesh and dragged ashore by the tidal currents. Only some are lucky enough to survive.

Sameer Kankonkar has patrolled Goa”s beaches as a lifeguard for nearly a decade. For him, the sight of a dolphin washed ashore dead on the beach is a sad one. In recent years, he has also been involved in the rescue of several turtles snagged in the ghost nets and similarly washed ashore.

“It is always sad when you come across dead turtles or turtles caught up in nets. When we free a turtle from the nets and set it back into the waters you have this feel-good feeling, knowing that you are making a difference,” says Kankonkar.

The turtles which wash ashore alive are the lucky ones. Turtles are air-breathing reptiles, who need to surface from the depths of the sea for air. Once they are trapped in ghost nets, it impedes their mobility and sometimes they are unable to reach the surface to gasp for air, resulting in their drowning.

However, in recent times the Goa-based Marine Wildlife Stranding Network – Ocean Watch, which is a collaborative exercise conducted by a green NGO Terra Conscious, Drishti Marine, the private agency which manages the lifeguard network along Goa”s coastline and International Union for Conservation of Nature in collaboration with the state government”s Forest Department has tried to put its finger on the pulse of the issue and has evolved a mechanism which can help attend to stranded or injured marine life, including those trapped in ghost nets.

For starters, Ocean Watch has evolved a documented protocol which is to be followed in case any marine species gets washed ashore. The protocol covers basic measures like clearing the animal”s blowhole of water or sand, ensuring that the its skin is moist, maintaining a photo-documentation of the animal and most importantly, keeping it safe from the crowds who often gather to take photos.

According to Puja Mitra of Terra Conscious, ghost nets are one of the most common debris items fished out by divers, whenever they conduct clean ups of dive sites off Goa.

“There currently isn”t any study that has documented the intensity of the problem in the state of Goa. But many dive schools and clean up organisations who regularly conduct clean ups on beaches and dive sites around Goa, find ghost nets as a major component of the trash they collect,” Mitra told .

When asked if fisherfolk could be incentivised to not dump their discarded nets into the sea, Mitra said: “There are many organisations that re-purpose ghost nets into various other objects like sports nets, jewellery, skateboards, etc. If there is collaboration between fisherfolk and these companies, and there is an economic benefit to bringing back worn-out nets instead of discarding them out at sea, it could help curb the problem. But this cannot be the only solution and alternatives to current nets need to be thought about.”

Earlier this week, the World Wildlife Fund chapter in Goa launched a study on the phenomenon, according to Sejal Worah, programme director at WWF-India. “We have already initiated a study to analyse the issue,” she said.