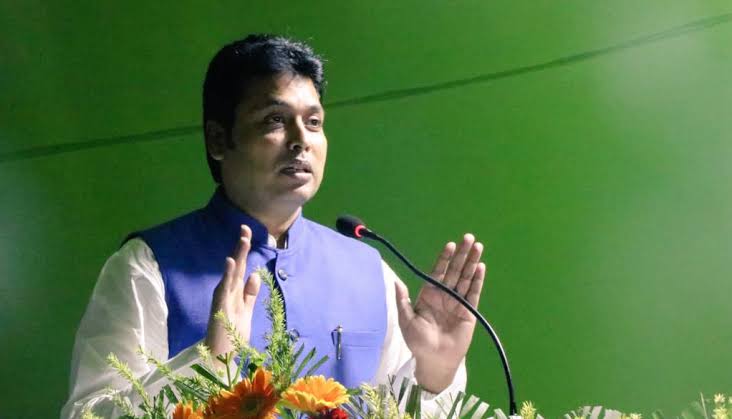 “Adopting the zero tolerance policy on drug abuse and crime against women has resulted in decline of crime against women by around 9 per cent in one year,” Chief Minister Biplab Kumar Deb told the media on the completion of one year of the coalition government, here on Saturday.

He said the government is working in association with the Mizoram government to curb the drug menace. “Various drugs, specially the Yaba tablets, are being smuggled into from Myanmar and distributed to other states using Mizoram as the corridor.”

Deb said in the past one year, 77,000 kilogram of ganja (cannabis), large quantities of cough syrup, heroine and lakhs of Yaba tablets have been seized or destroyed in raids conducted by the security forces across the state.

The police have registered 729 cases under the Narcotic Drugs and Psychotropic Substances Act in the state, he said.

The Chief Minister said crime and violence against women have also declined substantially.

Among other programmes, he said 10,000 cows (two cows per family) have been provided to women of 5,000 families to boost milk production and Rs 200 per month would be given to families residing along the roads for roadside plantations.

“We have allocated Rs 480 crore to protect roadside plantations.”

Around 30,000 girl students studying in Class 9 would be provided free bicycles, irrespective of their families’ income, he said.

More From: Gender and Exclusion