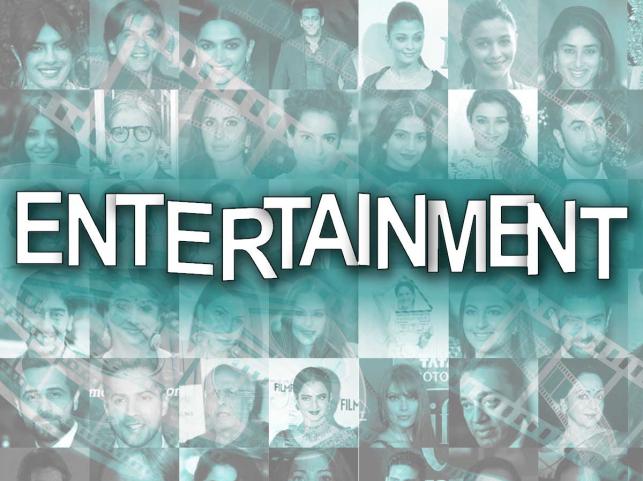 Be it Drew Barrymore, Demi Lovato, Miley Cyrus or Justin Bieber, they entered the world of Hollywood as small wonders and went on to make big splashes. But stardom came as a curse to them instead of a blessing.

Growing up in showbiz is never easy — some call it a recipe for disaster, some dub it as a traumatic experience and some never want to live through it again.

“Growing up in showbiz is never always easy. But I will say I am lucky that I have a really great family that supports me and takes care of me. I also try to take my time and grow at my pace… Something what happens in the industry is that they (child actors) try to grow up too quickly,” Zendaya, who was thrust into the limelight as a hip-hop dancing star in the TV series “Shake It Up” when she was six, told .

Bieber”s recent emotional meltdown on Instagram on his struggle with fame and drug abuse, has once again took the spotlight to the trappings of achieving fame at a young age.

“I went from a 13-year-old boy from a small town to being praised left and right by the world with millions saying how much they loved me and how great I was… By 20 I made every bad decision you could have thought of and went from one of the most loved and adored people in the world to the most ridiculed, judged, and hated person in the world! I started doing pretty heavy drugs at 19 and abused all of my relationships. I became resentful, disrespectful to women, and angry,” wrote Bieber, adding that childhood stardom made him suicidal.

Several aspects of Bieber”s story holds true for many, whether it is Lovato, Aaron Carter, Macaulay Culkin, Barrymore or Selena Gomez. Actor Zac Efron, who found popularity as Troy Bolton in “High School Musical”, struggled with drug addiction and alcoholism. Actress Natalie Portman, who made her debut at the age of 13 in 1994 with “The Professional”, has been vocal about how she was sexualised as a teenager.

No one can forget the public meltdowns of Lindsay Lohan, Amanda Bynes and Britney Spears. Or the tragic end of promising Brittany Murphy, Corey Haim and River Phoenix. They all got noticed young, found fame but couldn”t find time to process it.

How do they deal with it? Some binge away the pressure with the high of drugs, some had mental breakdowns, some had to go for multiple stints at rehab, some struggled with body image issues and some ended up getting on the wrong side of the law.

“Starting out at the industry at a very young age was something that I think I look back at, and I wouldn”t start that young if I could do it over again. I don”t regret anything, but it was difficult transitioning from child star to transforming into a mainstream artist,” Lovato had admitted to YouTube”s head of original programming Susanne Daniels in 2017.

“It”s something that is very challenging, and you have to find your identity,” said Lovato, who shot to stardom with “Camp Rock” and struggled with drug abuse and bulimia.

Cyrus, who became a teen idol with “Hannah Montana”, had also opened up about how early fame had a negative influence.

“I think now that I”m older now, I realise that”s a lot to put on a kid. To have them have to get their make-up done and also balance school. I think what was hard for me was balancing everything,” Cyrus told hellomagazine.com.

For the world, they lead a glitzy and glamourous life. But it is far away from their grittier reality.

“It really is a recipe for disaster,” said Barrymore, also known for her wild partying days and drug use, while looking back at her rise to fame on Netflix show “Norm Macdonald Has a Show”.

“It”s sad that there”s this weird alchemy about kids doing this line of work that f**k all of them up, and I”m no different,” added Barrymore, who made it big at the age of seven with Steven Spielberg”s “E.T. The Extra-Terrestrial”.

The sudden attention as they figure out their life and identity, make things more tricky.

“I was terrified by the level of interest in me. I spent most of my time trying to convince everyone I was incredibly boring because I needed privacy and a minute to figure myself out,” the “Harry Potter” star Emma Watson had told Porter magazine.

For Justin Timberlake, who became a child star with “The Mickey Mouse Club TV” and as a member of boyband NSYNC, getting involved with showbiz as a child was traumatic.

“You go through your life with your own traumas, big and small, and think, ”It”s not that bad, I have a lot to be thankful for, my parents did the best they could”. But then you have a child of your own, and suddenly it opens all the floodgates, and you”re like, ”No, no, no! That childhood trauma really did f**k me up,” Timberlake had told The Hollywood Reporter.

“Stranger Things” star Finn Wolfhard, 16, asserts “a lot of things can go wrong if you are famous as a kid”.

“A lot of people around you are telling you that ”you”re amazing” all the time. If you (keep) telling kids that they are amazing all the time, then they are going to think ”Oh, I am amazing”, and they can develop an ego,” Wolfhard told .

“We really did not expect that our show will be such big and we will become sensation overnight. It came as a surprise to us. I was not ready for such fame. Everything happened on its own. I was not used to constant media glare and people”s attention,” Gaten Matarazzo aka Dustin of “Stranger Things”, told .

It”s important to have a support system to stay grounded.

“It is not easy for kids to deal with the pressures. They may get pressured by their families, or performance pressure or may struggle to lead a normal life. How the immediate family, friends and social network handle it, is crucial. What is the support system and does the child has the space to be a child… These components of balance and freedom make a difference,” psychologist Samir Parikh told .