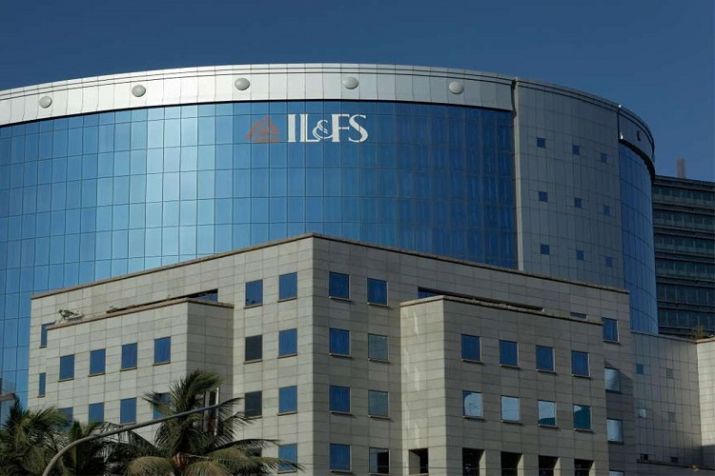 India has seen many financial scams, but none that can match the scope, size and magnitude of shadow bank Infrastructure Leasing &amp; Financial Services Limited (IL&amp;FS). Like an onion, the more one peels the more the tears and pungence.

The top secret Ministry of Corporate Affairs withering summary of the construct of IFIN (IL&amp;FS Financial Services) and the tell all of corporate shenanigans that emerges from the audit of lending by Deloitte and Haskins and Sells (DHS) for the last 10 years is a shocking tale of opportunism, ever greening and window dressing by the management.

A systemic malaise governed the way business was conducted, aided and abetted as it was its auditors who were involved in the cover up. Corporate governance, ethics, transparency, best of breed practices and all other fail-safe measures took a back seat as the management made hay, compromising all the functions with ease.

The engagement team and engagement partners of DHS had the awareness of the company’s modus operandi of funding the defaulting borrowers for payment of interest and principal in a fraudulent manner by the management again and again to window dress the asset book of the company for several years. The auditor was thereby complicit in nature with the management.

The investigation team found a document in the email server of IL&amp;FS prepared by the DHS Engagement team identifying the funding of borrowers for paying principal and interest.

1) Security valuation and exposure is at 0.45x. Interest funding in future may lead to reducing in security cover.

2) Interest income earned is through invocation of shares, this will put the principal portion exposed.

3) As per information available in public domain, ADAG group and SKIL group filed legal case on each other which will delay CDR exit process and in result SKIL group will not be able to pledge additional 4 crore REDL shares which were going to be released by the bankers as per CDR.

1) Total disbursements in the 12 months amounted to Rs 101 crore (including Rs 75 crore new facility) which has been recovered by way of Principal Repayment of Rs 55 crore and interest received of Rs 34 crore.

2) New facility of Rs 75 crore disbursed to Parsvnath Rail Land Project Pvt Ltd (PRPPL) in December 2017 and got the repayment of Rs 55 crore in same months from PRPPL against the facility which was due in September 2017. Issue of evergreening as the loan was given to same party which was utilised to service an loan which was going to become NPA.

Interest income and part principal repayment has been funded by way of invocation of Shares, wherein total invocation in the 12 months amounted to Rs 5.89 crore which has been used to repay Principal of Rs 3.07 crore &amp; interest of Rs 2.84 crore.

Also the facility has turned NPA, and has been shown as sub standard as on 31st March 2018.

1) Significant deterioration in security cover from 2x to 0.14x, and being promoter funding loan, it poses a potential threat to the repayment, and to be considered as a loss assets.

Rollover has been made (14th December 2017) after the principal was due (17th September 2017). This is in contravention of the firm policies whereby facilities where default is subsisting have been rolled over. Also, in the event that the interest is recovered from pledged shares, the security left would be (52-(5*6))” mn against a principal of 215 mn. This would further reduce the possibility of successful repayment of Principal balance.

Existence and Valuation of Security

2) Additional security, in the form of second charge on 38 per cent shareholding in IBTPL (Ind Bharath Thermal Power limited) and some other movables and immovables, to be created. Time taken for the same from CoD, up to six months from Date of Disbursement (DoD – 10th October 2017).

1) The company (IFIN) has started the litigation against Ind Bharath, Status to be provided for the same. The company has incurred about 23 million on account of Court fees and Legal Counsel fees during the year.

1) Interest to be extent of Rs 42 crore and overdue principal of Rs 235 crore has been funded by way of Disbursements of new facility. Security creation under process for new facility.

3) Out of total security, Rs 101 crore security is hypothecation of Loan Receivables under the Loan extended by Bermaco to South Asian Project Management Co. Pvt. Ltd. For this, a confirmation letter has been obtained from Bermaco, however Financial Statements of Bermaco is not available.

ET Observation: Interest income to the extent of Rs 58 crore has been funded through disbursement of additional facility. Considering that the income/principal will come only from security coverage and considering that the exit strategy is still 3 years away, recognition of income would only lead to higher exposure to the group for recovery.

Interest of Rs 5 crore has been funded by invocation of security and balance of Rs 39 crore by way of disbursements of new facility to Havelock.

Credit Facilities to Attivo of Rs 305 crore are secured by second charge over borrower movable and immovable assets which is not created till 31st March 2018, as senior lenders NOC are pending.

Credit Facility to Sahaj E village of Rs 370 crore are secured by hypothecation of current and fixed assets which is not created till 31st March (pending since March 2017), as senior lenders NOC are pending.

Credit Facility to Bharat Road Network (Rs 70 crore) is secured by way of hypothecation of current and fixed assets, which is not created till 31st March 2018 (pending since March 2017) as senior lenders NOC are pending.

1) Sahaj E Village is a non project company with no or negligible revenue. How is repayment of Principal and servicing of Interest is envisaged from such companies?

Also Attivo Economic Zone is a project company with very little revenue. How is repayment of Principal and servicing of Interest is envisaged from such companies?

Coupon rate on all 3 facilities is 12.75 per cent. On comparison of the same with the average lending rate of IFIN to other borrowers and security being second charge, the Interest rate seems to be very low.

Interest has been funded in the year, whereby Rs 14.5 crore has been received by way of disbursement of Rs 18.2 crore.

Interest has been funded in the year, whereby Rs 21.92 crore has been received by way of disbursement of Rs 21.45 crore.

Of the total amount – Rs 360 crore has been disbursed to ITNL directly on the ‘borrower’s specific request and Interest for the same has been received from ITNL.

1) Why should the same not be considered as an exposure to ITNL?

2) What is the basis for booking Interest income received from ITNL when no specific instructions have been received from the Borrower or ITNL?

Interest has been funded in the year, whereby Rs 17.01 crore has been given to receive Rs 15.68 crore towards interest in the year.

From the above it is clear that the engagement team of DHS was aware that there were several instances of funding interest and principal by IFIN to its defaulting borrowers for avoiding these accounts becoming NPA and also for avoiding the consequent provision.