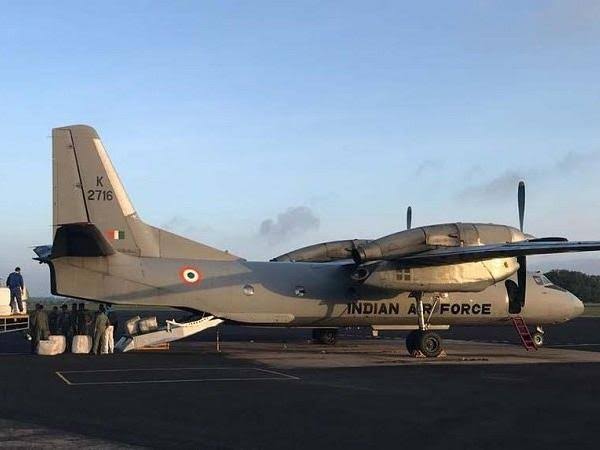 Tribal villagers had witnessed “thick black smoke” originating from a mountain towards Molo village in Arunachal Pradesh on Monday after an An-32 aircraft of the IAF lost contact with the ground staff on Monday afternoon.

“… three persons of Tumbin village stated that on that day and time they saw thick black smoke which was originating from a mountain about 7-8 km towards Molo village,” Chief Minister Pema Khandu said on Thursday.

He said the statements of the villagers were being verified.

Three search parties – including one from Shi-Yomi district and one from the Army, were trekking to various possible locations to look for the aircraft.

Meanwhile, a joint effort by police, Army and the Indian Air Force (IAF) was in force to search the crashed location in an area of about 2,500 sq km in Siang district of Arunachal Pradesh.

Khandu has asked the district administrations of Siang, West Siang, Lower Siang and Shi-Yomi to intensify the search and rescue operation

The IAF resumed their search and rescue operations with Mi-17s and ALH helicopters were pressed into service to trace the Russian-origin An-32 transporter along the thickly forested routes between Assam’s Jorhat and Mechuka in Arunachal Pradesh.

Khandu said the Deputy Commissioners of Siang and West Siang apprised Khandu about the steps initiated by them to trace the missing aircraft and said they were working in close coordination with each other.

“They arranged three teams consisting of 3/4 locals in each team to trace the missing aircraft and the people onboard… All the ranges being searched are in the line of aircraft route,” the Chief Minister said.

On Monday, the An-32 took off from Assam’s Jorhat at 12.27 p.m. with 13 people on board for the Mechuka Advanced Landing Ground in Arunachal Pradesh’s Shi-Yomi district bordering China.

The aircraft lost contact with the ground staff at 1.30 p.m.