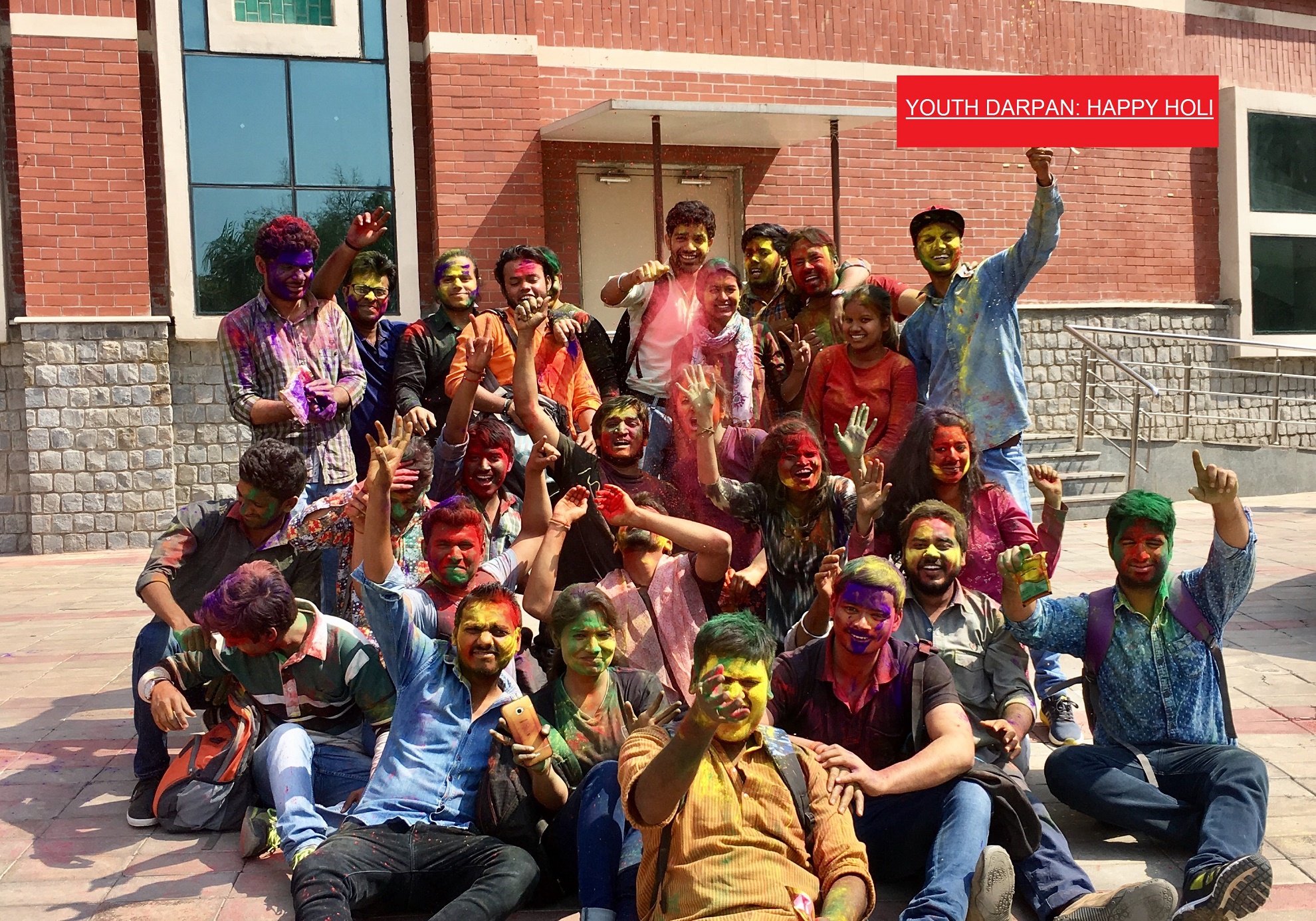 If you look at ancient Indian scriptures, you will find several stories associated with Holi – there is the tale of Hiranyakashyap and his son Prahlad. The king’s sister sitting in the burning pyre with young Prahlad had intended to kill the young Vishnu devout, but ending up dying herself, while young Prahlad escaped unhurt. There are also legends relating to Dhundhi, an ogress who had an immortality like blessing; the only way she could be killed was by boys who were acting crazy. This is one of the reasons why a little bit of unruly behaviour is considered fine on Holi. And then of course, there is the ‘ras leela’ of Lord Krishna, who would play Holi on the banks of Yamuna.

Holi is the most celebrated festivals in India. Every year Holi will be celebrated in the month of March. The day many people search for, Happy Holi Quotes, and Happy Holi Shayari to send their friends and family through mobile phones. But in School, it is exams time and many teachers will ask their students to write an essay on any festival they like or especially on Holi as it is the festival season.

Wishing everyone a Happy Holi!

As many Children like Holi, they will write an essay on Holi. Here we have given one of the best and easy Happy Holi Essay in English which is easy to read and write. In this essay, we can know that why Hindus celebrate Holi and why people play with colours on this day.

The day is one of the important festivals of the Hindus. It is a colorful festival of great joy and enthusiasm. This festival is celebrated all over the country as a day filled with complete mischief, fun and enjoyment. Holi indicates the end of the winters and the beginning of the spring season. According to the Hindu Calendar it is celebrated on the full moon night of the months of Phalgun.

Next day is the festive day of Holi. All hearts are filled with joy. Children throw colored water on each other while the elder people apply gulal or abir, There are noisy scenes as little groups of children move from one locality to another exchanging holi greetings, singing songs and laughing at their own jokes. It is almost mid day when people move indoors to freshen themselves.

Though this is a festival of brotherhood and unity it has some disadvantages too. Some ill minded people take this day as a chance to take revenge. They use dirty mud water. Use of strong colors harmful to the skin, charcoal and grease often create a serious quarrel. This leads to unnecessary enmity and spoils the charm of the festival.

People must understand that this festival is celebrated to bring people together to be happy. They must take care not to indulge in bad practices and make it one of the best festivals. They can enjoy to their maximum amidst the beautiful colors.