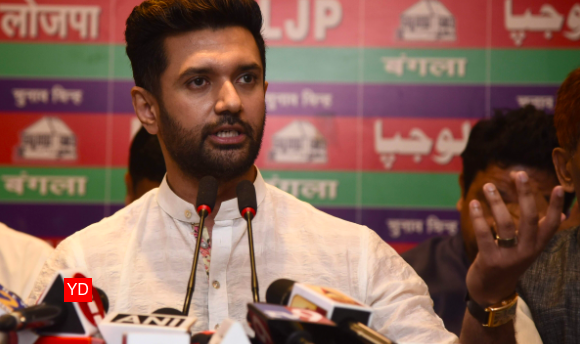 The Lok Janshakti Party appears set for a split as five of its six Lok Sabha MPs are learnt to have joined hands to oust Chirag Paswan as their leader in the House by electing his uncle Pashupati Kumar Paras in his place.

A source said the group of MPs has conveyed their decision to the Lok Sabha Speaker.

There has been no official comment from either Chirag Paswan, who has not been keeping well, or the rebel group so far.

While the rebel group, which includes MPs Prince Raj, Chandan Singh, Veena Devi and Mehboob Ali Kaiser, has long been unhappy with Chirag Paswan”s style of functioning, sources said, the LJP president has now been left virtually isolated at the top after taking on the mantle following his father Ram Vilas Paswan”s death in 2020.

Sources close to him have blamed the JD(U) for the split, saying the party had long been working to isolate the LJP president after his decision to go all out against Chief Minister Nitish Kumar in the 2020 assembly polls damaged the ruling party badly.

The rebel group may back the JD(U) in the coming days, the sources said.